Last weekend my family and I went to the 40th annual Arkansas Scottish Festival at Lyon College in Batesville, Arkansas.  Due to my husband having a crazy work schedule before he was forced into premature retirement, it’s the first time we’ve been in five years.  I would say it’s good to be back, but the weather had an unfortunate effect on the festival..  It wasn’t rained out.  The rain was steady, but never harder than a good Scottish mist.  But there was enough rain, combined with some cool breezes to cancel some events and move others (blessedly!) indoors.

The principal entertainer was Patrick Regan.  Other folksingers performing were Jon Healey and Rickey Pittman.  I was disappointed few of the vendors had musical tapes or CDs for sale.  I know Arkansas is too far for Haggis Rampant or Uncle Hamish and the Hooligans to come, but it would have been nice if their tapes were there, even if they weren’t.  (The picture above is Steve Brownlee, who wasn’t present, but is quite photogenic, if his wife will forgive me saying so.)

I will say the Ramada in Batesville had the nicest handicapped bathroom of any hotel room I’ve used since my stroke. I was able to take any actual soak-bath — my first bath since August! on Friday night and Sunday morning my husband and I showered together.  Glorious!

After waiting a few years for a good Scottish meat pie, I was disappointed to find mediocre meat pies.  The second worse I’ve ever had — most disappointing.  Too much pepper.  My husband and son said the Angus steakburgers were good.  My daughter tried her first haggis and liked it.

Lyon College has pink dogwood trees.  Very pretty before the wind blew all the petals off 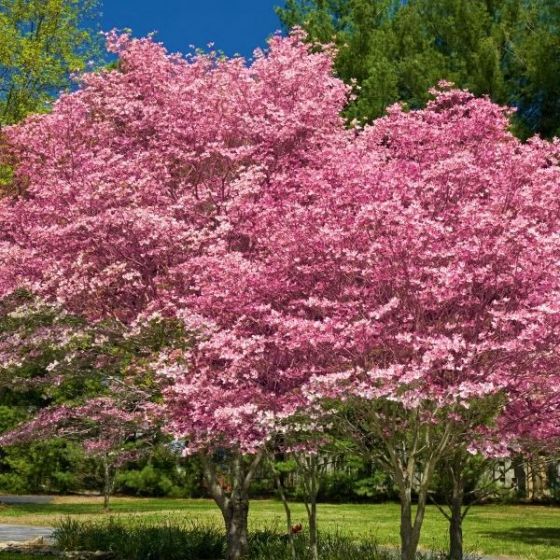 Friday night we checked into the Ramada, then went to dinner at Mazzio’s.  Saturday after the festival we went to Freddy’s Steakburgers (it’s similar to Culver’s).  Sunday we ate dinner at home.

We saw more dancing than usual.  The Highland dancers are mostly juvenile.  No one wanted kids to get sick.  So they performed in Brown Chapel, where it was warm and dry.  We watched them, more from a desire for comfort than appreciation of the Terpsichorean art.

We looked at the vendors’ wares.  I made a shopping list and set a budget before we left home and stuck to it.  One t-shirt, and a Celtic cross necklace.  (I had hoped to replace my Boudicca t-shirt, but no one was selling that this year,)  My husband and I compromised on a shirt to share, one that bragged of Scottish heritage.  Had I been buying for myself alone I would have gotten the Wonder Woman shirt.

I had planned to watch the athletics and possibly interview one of the athletes as research for a story I’m writing called “Hot Cocoa and Shortbread.”  I don’t know if the athletics were cancelled or not, but no one wanted to go looking for them in the rain.  I’ll have to do my research on-line.

DISNEY PLEDGES $5 MILLION TO REBUILD NOTRE-DAME DE PARIS, BUT UBISOFT HAS SOMETHING SPECIAL TO GIVE

Seth MacFarlane, Star/Creator Of “The Orville” To Receive Star On The Hollywood Walk Of Fame

I was going to write about another hero of the First Amendment this week, maybe Ida B. Wells or Oliver Wendell Holmes.  Then the president’s executive order on immigrants and refugees was issued, and before I could set fingers to keyboard, Sally Yates was fired for doing her job. At that point I thought about my friends flooding Facebook with kittens, to distract us from the Kafkaesque political situation.  Maybe I’d just post a few of my favorite cookie recipes.  (If nothing else, it would prevent me from losing my chocolate chocolate-chip cookie recipe again.)  Think about something other than the fact that Trump’s administration seems to being trying to attempt a coup.

But no, that is what the current regime wants us to do.  They want us to give up.  They want outrage fatigue. So I’ll share the sweet, like my cookie recipes, and I’ll rant about the sour, like our president ignoring the U. S. Constitution.  I’ll talk about food, and I’ll talk about fighting 21st century fascism.

Who is Sally Yates and What Did She Do?

Sally Yates was the Acting Attorney General, until yesterday. She refused to have Department of Justice attorneys defend the executive order banning travelers from seven nations. President Trump fired her, using on of his favorite insults “weak.” He accused her of betraying the nation.

Ironically, when the Senate confirmed Ms. Yates for her position, Senator Jeff Sessions — Trump’s as-yet-unconfirmed nomination for Attorney General — asked her if she would say no to the president if he requested her to do something unconstitutional.  She did so, and she was fired.

“My responsibility is to ensure that the position of the Department of Justice is not only legally defensible, but is informed by our best view of what the law is after consideration of all the facts. In addition, I am responsible for ensuring that the positions we take in court remain consistent with this institution’s solemn obligation to always seek justice and stand for what is right.”

Mix together with spoon.
Batter will be stiff.
Roll into balls.
(Optional) roll balls in sugar.
Place on greased cookie sheet.
Bake at 375 for 8-10 minutes.
Makes two dozen cookies.

What’s an Emolument, and is President Trump Accepting Any?

An emolument is “a salary, fee, or profit from employment or office.” In this context, it refers to a politician accepting baksheesh from a foreign power, a private individual, or a company that wishes to influences him. Article I, Section 9 of the U. S. Constitution states “no Person holding any Office of Profit or Trust under them, shall, without the Consent of the Congress, accept of any present, Emolument, Office, or Title, of any kind whatever, from any King, Prince, or foreign State.” Some ethics experts claim that Donald Trump’s many investments and debts overseas create a conflict of interest.

The Industrial and Commercial Bank of China and a United Arab Emirates tourism agency both rent office space in Trump Tower in New York City.  Many foreign diplomats stay at his hotel in Washington, DC, some admittedly hoping to curry favor with him by doing so.  There is some doubt as to whether his lease of the Old Washington Post Office building is even legal, now that he is the president.

Kellyanne Conway complained that journalists who said unkind things about the president hadn’t been fired for their horrible actions. She doesn’t seem to understand that a free press is guaranteed in the U. S. Constitution.  Journalists reporting the news are required to be truthful, not kind.

Thomas Jefferson said, “The only security of all is in a free press. The force of public opinion cannot be resisted when permitted freely to be expressed. The agitation it produces must be submitted to. It is necessary, to keep the waters pure.”  Just in case Ms. Conway isn’t familiar with Mr. Jefferson, he was the third president of the United States of America.

How to Impeach the President

The president can only be impeached and removed from office for “Treason, Bribery, or other High Crimes and Misdemeanors.” Here’s a quick and easy explanation. Here’s a somewhat flip explanation. Basically, the House of Representatives votes on whether or not to impeach the president.  The Senate then votes on whether or not to convict him.  It’s a difficult process, especially when the majority of Congress belongs to the same party as the president.  Are his current actions severe enough to warrant impeachment?

Fall is a great time for hot cocoa and home-baked pie. Pecan pie is a southern tradition, and surprisingly easy to bake. Or better yet, combine apples and pecans for a warm, tasty treat.

Pecans are rich in vitamins and minerals. Pecans contain magnesium, which helps lower blood pressure and reduces the risk of strokes. A one-ounce serving of pecans has 2.7 grams of fiber, which improves heart and digestive health.

For a recipe without the corn syrup, you might want to try this variation. Or for a decadent adult version, try bourbon chocolate pecan pie.

Bake your favorite apple pie recipe. (If you don’t have a favorite, try this one.) Immediately after removing apple pie from the oven, drizzle with 1/3 cup caramel ice cream topping. Sprinkle with 2 to 4 tablespoons chopped pecans.

You don’t need to wait for a special occasion to bake a pie. You deserve dessert. So bake a pie (or two, or three). Play with the recipe. Alter it to match your own tastes.