Bill Nye is a science advocate.  He is a science educator.  He is also an engineer, an inventor, an author, a scriptwriter, a producer, and a comedian.  He has (at last count) six honorary doctorates, although the highest degree he earned was a BS in mechanical engineering.  He has, of course, never stopped learning.

Bill Nye is most famous for his television show Bill Nye the Science Guy, which from 1993 to 1998 taught scientific principles to children and their parents.

Now, when our president claims climate change is nothing but a Chinese hoax, it’s more important than ever to study and understand science.  Bill Nye considers scientific illiteracy a clear and present danger to our nation.  DVDs of Bill Nye the Science Guy episodes are available for sale through the Disney Movie Club.  Dr. Nye can also be heard on Planetary Radio Sundays on Krypton Radio.

Our country is the only country in the world that has some people that don’t believe in evolution. America is still the leader in scientific advancement, and yet we have adults who want to ignore the evidence of millions and millions of years to believe something much more complicated and complex with zero proof. It’s important that our children are raised to be educated, well-rounded tax paying citizens that understand the importance of technology and science. If you’re an adult and you choose not to believe in science, fine, but please don’t prevent your children from learning about it and letting them draw their own conclusions. I think in 30-40 years this won’t even be an issue, but right now it’s a major concern for a country that has a significant amount of adults raising children to ignore the facts and the evidence surrounding them about our universe, our creation and our well-being.  (emphasis added)

Bill Nye attended Cornell University, where Carl Sagan was his astronomy professor.  Years later, he met up with Dr. Sagan and told him that he was planning a children’s science and technology show.

“I mentioned how I planned to talk about bridges and bicycles and so on—stuff that, as an engineer, I’d been interested in—and he said, ‘Focus on pure science. Kids resonate to pure science rather than technology.’ And that turned out to be great advice.”

In his personal life, Bill Nye is a baseball fan and an avid swing dancer.  His favorite teams are the Seattle Mariners and the Washington Nationals.  He’s done experiments to demonstrate the physics of baseball.  In addition to appearing on Stargate: Atlantis and The Big Bang Theory as himself, he was also a contestant on Dancing with the Stars.  Of his many patents, most are for dancing shoes.

Nye has written two best-selling books on science: Undeniable: Evolution and the Science of Creation in 2014 and Unstoppable: Harnessing Science to Change the World in 2015.  He is also the author of Everything All at Once:  How to Unleash Your Inner Nerd, Tap into Radical Curiosity, and Solve Any Problem (whew, that’s a mouthful), Bill Nye the Science Guy’s Big Blast of Science, Bill Nye the Science Guy’s Great Big Book of Tiny Germs, and several others.

I have written a children’s book, R is for Renaissance Faire, and have contributed a story to Alternative Truths and a song to More Alternative Truths.  Books make great Christmas/Hanukkah/Solstice gifts.  Consider buying books for your loved ones this holiday season.  Bill Nye’s books, my books, Juliette Douglas‘ books, Jefferson P. Swycaffer‘s books.  Buy a book.  Fight ignorance.  Read.

My husband and son are fond of CBS’ show Scorpion on Monday nights, and I watch it with them.  November 13, 2017, Scorpion had an episode called “Faire is Foul,” which took place at a RenFaire.  As I’ve mentioned before, I’m a volunteer at Mid-South Renaissance Faire, so I was especially interested in this episode.  I enjoyed it very much, but I couldn’t help noticing a few plotholes.

Necessary background information:  for humanitarian reasons, Agent Cade Gallo (played by Robert Patrick) was forced in a previous episode to choose between killing a prisoner and risking letting him escape.  The prisoner escaped.  Cade Gallo was arrested and suspended from duty as a federal agent.  Sylvester Dodd (played by Ari Stidham), a mathematician with an eidetic memory, took and passed the bar test so he could become Gallo’s lawyer.

The show opens with Gallo and Sylvester in court.  After the courtroom scene, all of Team Scorpion (except Ralph Dineen) go to the Los Angeles Renaissance Festival.  One problem:  RenFaires are usually only open on weekends and holidays, days when courthouses are normally closed.

Happy Quinn (played by Jadyn Wong) was dressed as an executioner and wore an axe on her back.  Contrary to safety procedures at every RenFaire I’ve ever been in, her weapon was not peace-bonded.

King Philip came riding through the faire on horseback.  He was unaccompanied.  At Mid-South Renaissance Faire, when Good Queen Bess goes walking through the faire, she is accompanied by at least two guards and two or more ladies-in-waiting and/or courtiers.  She never goes anywhere unescorted.

At the RenFaire, the bad guys sabotaged the transformer, because they needed to steal something from a nearby building.  In the show, this deprived the faire and the surrounding area of power.  Most RenFaires, several of the merchants will have portable generators.

The guard at a nearby warehouse was shot.  Team Scorpion had to save his life, and they did so, MacGyver-fashion.  A friend watching the show asked, “Where are the EMTs?”  Most Faires will have EMTs on standby, in addition to a first aid tent.

The faire was evacuated of all but a handful of people: a few vendors and craftsmen, Sylvester’s gaming comrades (who performed as the Lords of the Sing), King Philip, and Team Scorpion.  There are generally several thousand people at a faire and dozens of volunteers, performers, and vendors.  I have trouble believing that there would have been so few people.  And where were the county sheriff’s deputies or local police, who usually assign a few men and women to Renaissance festivals just in case?

On the whole, I enjoyed the episode.  It was fun.  The good guys were heroic.  Sly gave a great speech to inspire the folks at the RenFaire, to which all present shouted “huzzah!”   There was some romance between Toby and Happy, and between Walter and Paige.  But when Beauty and the Beast was on TV, I worked for the Public Defender’s office as a legal procedures clerk, and I saw Catherine Chandler get courtroom procedure wrong on a regular basis.  As a RenFaire volunteer and author, I couldn’t help notice a few things off about “Faire is Foul.”

All pictures of the cast of Scorpion are taken from IMDB.com or CBS’ own website.  No copyright infringement is intended.

More Alternative Truths was released on Veterans Day in the USA and Remembrance Day in the UK and the British Commonwealth.  That was Saturday.  Today is Monday, and already the Amazon statistics on sales are amazing.

I confess I am in shock and awe at these statistics after only a few days.

Or watch this video by Stuart Hardy.  That’ll give you a good idea what the book’s about, too.

Ghosts, aliens, robots, silly, sad, serious, scary — More Alternative Truths is over 400 pages of political satire, science fiction, and fantasy from some of the best SF/F authors in the USA, the UK, Canada, and the Netherlands.  (Oh, and I’m in there, too.)

My book-bro, Stuart Hardy, wrote this for MORE ALTERNATIVE TRUTHS, which is available for sale through Amazon. He also did a clever little video, explaining why a British writer would have a story in this anthology.

More Alternative Truths is a Short story anthology of weird stories inspired by the era of Alternative Facts. It features my new short story “A Beautiful Industry”. You can get in print and in ebook on Amazon right now.

As we’ve said from the beginning. More Alternative Truths is more than paper. It is people. One of those is Steve Weddle, who holds an MFA in creative writing from Louisiana State University. His debut novel, Country Hardball, is published in North America by Simon and Schuster. The follow-up to Country Hardball, “South of Bradley,” appeared in the November 2015 issue of Playboy magazine.

But there is so much more. Without Steve, we might not be asking ourselves the question of “where.”  Steve brings the images to print like few authors can. You can feel the pain of those who suffered most in this tragic remembrance of one of America’s greatest tragedies.

Steve Weedle has had several stories in Needle Magazine.  He is the author of “Remembering the Bowling Green Massacre” in More Alternative Truths.

More Alternative Truths, coming November 11, from B Cubed Press, is more than a book. It is people.

Irene Radford is one of the stars of the Alternative Truth universe.

Her bio says a lot.

Irene Radford is the daughter of a sailor man who saw the Far East before the skyscrapers buried the mysterious orient in western glass and steel. He brought home the stories of other worlds and forever changed the perspective of his petite bookworm of a daughter. Now, grown into a leading voice in F&SF as both a writer and editor she passes on this gift of the story, bringing perspectives that not only span her own life, but the generations of storytellers that preceded her.

But there is so much more to Irene Radford than seeing her would tell you. On the surface you see sparkle of intellect in her eyes, the body of a dancer and if she blesses you with conversation, you will find the soul of a wanderer. And those are the obvious traits. The real jewels are hidden deeper.

I met Irene, Phyl to her friends, driving her to a school visit in a tiny school district where a writer coming to visit was a big deal. Her warmth came out. She spent time talking books with the librarian and each of the students she encountered left that day knowing little more about what was possible if you wanted to write. If this tiny grandmother could soar in the New York publishing world, so could they.

I could tell stories for hours. The dancing in the fountain, the tears of pain and coping when her mother died. The fight to stay on top, and not slide into obscurity. The tireless work ethic that has her working on two to three books at any given time while squeezing in short stories and editing gigs on the side.

She has spent the last 193 days working every day on Alternative Truths and yet she is preparing a release party for her new book, A Spoonful of Magic, blogging on her blog the “The Cranky Old Crone, and preparing for the February release of her new series, Tricksters Dance, book one of the Trance Dancer series. All while putting out two short stories on the side.

She is a tireless and wonderful woman, a creative spirit, and magical part of my life.  I am pleased to call my friend.  (written by Bob Brown)

More Alternative Truths, coming November 11, from B Cubed Press, is more than a book. It is people.  Not all those people are American citizens. 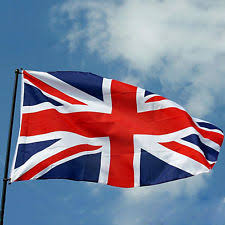 More Alternative Truths has the most interesting writers on the planet: Meet Philip Brian Hall.  He’s a Yorkshireman and a graduate of Oxford University. A former diplomat and teacher, at one time or another he’s stood for Parliament, sung solos in amateur operettas, rowed at Henley Royal Regatta, completed a 40 mile cross-country walk in under 12 hours, and ridden in over one hundred steeplechase horse races. Mr. Hall now lives on a very small farm in Scotland, but once upon a time he lived in an English village, not unlike the setting of “Conspiracy of Silence.” 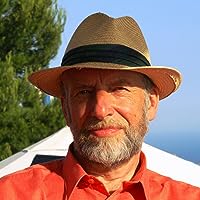 Philip Brian Hall is the author of “Conspiracy of Silence” and “A Sonnet on Truth,” both of which will appear in More Alternative Truths.